Sinusitis, also known as a sinus infection or rhinosinusitis, is inflammation of the sinuses resulting in symptoms. Common symptoms include thick nasal mucus, a plugged nose, and pain in the face. Other signs and symptoms may include fever, headaches, poor sense of smell, sore throat, and cough. The cough is often worse at night. Serious complications are rare. It is defined as acute rhinosinusitis (ARS) if it lasts less than 4 weeks, and as chronic rhinosinusitis (CRS) if it lasts for more than 12 weeks.

Sinusitis can be caused by infection, allergies, air pollution, or structural problems in the nose. Most cases are caused by a viral infection. A bacterial infection may be present if symptoms last more than ten days or if a person worsens after starting to improve. Recurrent episodes are more likely in people with asthma, cystic fibrosis, and poor immune function. X-rays are not typically needed unless complications are suspected. In chronic cases confirmatory testing is recommended by either direct visualization or computed tomography.

Some cases may be prevented by hand washing, avoiding smoking, and immunization. Pain killers such as naproxen, nasal steroids, and nasal irrigation may be used to help with symptoms. Recommended initial treatment for ARS is watchful waiting. If symptoms do not improve in 7–10 days or get worse, then an antibiotic may be used or changed. In those in whom antibiotics are used, either amoxicillin or amoxicillin/clavulanate is recommended first line. Surgery may occasionally be used in people with chronic disease.

By definition chronic sinusitis lasts longer than 12 weeks and can be caused by many different diseases that share chronic inflammation of the sinuses as a common symptom. Symptoms of chronic sinusitis may include any combination of the following: nasal congestion, facial pain, headache, night-time coughing, an increase in previously minor or controlled asthma symptoms, general malaise, thick green or yellow discharge, feeling of facial ‘fullness’ or ‘tightness’ that may worsen when bending over, dizziness, aching teeth, and/or bad breath. Each of these symptoms has multiple other possible causes, which should be considered and investigated as well. Often chronic sinusitis can lead to anosmia, the inability to smell objects. In a small number of cases, acute or chronic maxillary sinusitis is associated with a dental infection. Vertigo, lightheadedness, and blurred vision are not typical in chronic sinusitis and other causes should be investigated.[citation needed]

Chronic sinusitis cases are subdivided into cases with polyps and cases without polyps. When polyps are present, the condition is called chronic hyperplastic sinusitis; however, the causes are poorly understood and may include allergy, environmental factors such as dust or pollution, bacterial infection, or fungus (either allergic, infective, or reactive).

A combination of anaerobic and aerobic bacteria are detected in conjunction with chronic sinusitis. Also isolated are Staphylococcus aureus (including methicilin resistant S.aureus ) and coagulase-negative Staphylococci and Gram negative enteric organisms can be isolated.

Attempts have been made to provide a more consistent nomenclature for subtypes of chronic sinusitis. The presence of eosinophils in the mucous lining of the nose and paranasal sinuses has been demonstrated for many patients, and this has been termed eosinophilic mucin rhinosinusitis (EMRS). Cases of EMRS may be related to an allergic response, but allergy is not often documented, resulting in further subcategorization into allergic and non-allergic EMRS.

A more recent, and still debated, development in chronic sinusitis is the role that fungi play in this disease. It remains unclear if fungi are a definite factor in the development of chronic sinusitis and if they are, what the difference may be between those who develop the disease and those who remain free of symptoms. Trials of antifungal treatments have had mixed results.

Recent theories of sinusitis indicate that it often occurs as part of a spectrum of diseases that affect the respiratory tract (i.e., the “one airway” theory) and is often linked to asthma. All forms of sinusitis may either result in, or be a part of, a generalized inflammation of the airway, so other airway symptoms, such as cough, may be associated with it.

Both smoking and secondhand smoke are associated with chronic rhinosinusitis. 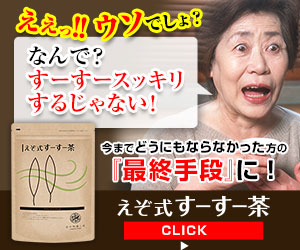